What industry captures the hearts and minds of entire nations for months on end? Dominates YouTube and TikTok and merchandising of all types? Has transcended nationality, era, politics, and other dividing forces in the history of mankind? The industry in question? Sports.

The 2022 Super Bowl was watched by about 112.3 million people according to NFL.com. That’s a third of the US population. It was the most-watched TV show in five years. Thirty-second ad spots for the show cost upwards of $6.5 million (per Sporting News). Highlights from games fill Twitter, TikTok, and Instagram feeds every day since NBA commissioner Adam Silver decided in 2015 to make them free to the public. In an interview with the Wall Street Journal, Silver said, “The games are the meals and the highlights are the snacks. And we encourage our fans to snack before meals. But the meals are pristine and the meals live behind a paywall.”

Since the rise of social media, consumers have become accustomed to “snacking” on content from their favorite teams throughout the day on social channels like Twitter, as well as through sports-affiliated media outlets like ESPN and the Bleacher Report. Sports teams and leagues that aren’t making the most of their digital content risk losing their audiences.

What is DAM and How Does it Impact Sports?

Clearly, high-quality sports content is extremely valuable. Fans don’t just care about the result of a game anymore. They want their team to win and produce highlights they can share on Instagram afterward. This means that it’s critical for every sports team and league to capture those moments and get them out to various channels quickly. This doesn’t just apply to action shots—Graphics, announcements, posters, and other digital merchandise have skyrocketed in value as well.

Getting digital content from a game out to social media and other channels quickly is far easier said than done. Most teams play multiple games each week, producing hundreds, if not thousands, of photos and videos that need to be reviewed and then shared almost instantly. After games are over, these assets are still valuable. They can be shared throughout the season and offseason, sold to fans, used in marketing materials and design files, shown to sponsors and partners, and licensed out to sports affiliates. Many teams find it very difficult, however, to find the image of the player, game, action, or highlight they need due to the sheer volume of their files. Finding and sharing these assets rapidly is imperative in today’s environment, as consumers have attention spans of around eight seconds according to a recent Microsoft study.

To ensure that valuable content from gamedays, the rest of the season, and the offseason gets in front of consumers in a timely manner, sports teams and leagues must build and use effective digital asset management (DAM) programs. Digital asset management is all the tools, standards, and processes involved in the effective utilization of digital and creative assets. DAM programs are the specific ways that organizations deploy these tools, processes, and standards internally.

Now that you have an understanding of what DAM is and how it applies to the sports industry and its content, let’s look at how a sports team, league, or affiliate can build an effective DAM program. In this example, Kimberly is a Creative Services Manager of the Virginia Beach Crashers, an NBA expansion team that has existed for five years. During Kimberly’s first season on the job, she noticed that the creative team consistently struggled to hit deadlines for new content, and the social and marketing teams were often upset because they weren’t being given what they asked for in a timely manner. Kimberly realized that the team needed a new method for managing their digital content, so she began building a solution.

First, Kimberly gathered representatives from the various departments at the Crashers that use content. These included Erika from Social and Teddy from Creative, as well as the team’s freelance photographer, Mark. Kimberly asked each person to outline their department’s current method for creating, organizing, using, and sharing digital assets. She learned that Teddy and his team would typically receive a request for an existing or new piece of digital content from one of the other departments. They would then search a team-wide Dropbox account or create the requested content (or ask Mark to find it for them) and send it to the requestor via Slack.

By reviewing their current workflow, Kimberly was able to drill down and ask some more specific questions. She asked Teddy why finding existing assets and creating new ones was taking his team so long. He explained that the folder structure in Dropbox was in disarray and folders were full of thousands of assets. These took a long time to preview and were difficult to identify because file names were unclear and confusing. Because finding assets was difficult, using older assets as reference points or components in new designs was challenging. According to Teddy, the creative team was also frustrated because many of the requests they received were for assets everyone had access to but no one knew how to find. This meant that the team spent time looking for content others could pull themselves.

Based on this meeting, a few things were crystal clear. First, the Crashers needed a smarter system than Dropbox for organizing and sharing their digital assets. Accordingly, Kimberly put “Find a DAM Platform” at the top of her goals for the quarter. To fully utilize a new system, though, they needed more concrete and better-understood standards for metadata, file names, folder structure, and permissions. Kimberly wrote “Work with Mark to develop metadata mapping and file name standards” next on her to-do list. Once the platform and standards were in place, more people than just the members of the creative team would need to be trained to use the system. The third bullet point on Kimberly’s list was, therefore “Train/onboard entire team to DAM program.”

A few months and one DAM consultation later, the Crashers had a shiny new DAM platform, a well-documented set of standards and workflows, and an entire organization ready to start using the new system. The consultants Kimberly hired had migrated a few important years of their archived assets into the system already, but they needed to put their standards and workflows for current assets to the test. Opening night was just a few days away, and Kimberly decided that using the gameday assets Mark produced throughout the season would be the best way to validate the program.

First, she walked Mark and other stakeholders through their ideal workflow again. Mark would shoot the game and his images would be dropped in a folder for the social team to access in real-time. Every week, they would move that folder to the archive and Mark would upload his selects, complete with organized file names and metadata to the DAM for approval and ingestion. Mark’s selects from the week would then be quality-controlled and moved into their appropriate place in the folder structure for use by the team.

On the Friday before All-Star Weekend (about halfway through the season), the stakeholders met to review their findings. On the whole, the standards had worked! The creative team hadn’t missed a deadline all season and everyone had what they needed when expected. The team reviewed reports from their DAM platform about what keywords were most searched and used that information to adjust to their controlled vocabularies. From there, Kimberly made a few calls. She wanted to meet with Briana from Merchandising and Janaye from Digital Marketing to discuss how they could bring their archives and current assets into the DAM program as well.

Perhaps your team is in a better position than the Crashers were, or maybe many parts of this story are relatable to you. If you work at a sports team, league, or affiliate and need help building, reorganizing, or expanding your DAM program, contact Stacks! We work with teams and leagues to develop their standards for metadata mapping, file naming, and more. As your team generates buzz on the field, court, or ice, capitalize on it by putting your content to work for you.

The Beginner's Guide to DAM Part 4: Process and Standards

How Stacks Works with Widen, an Acquia Company, to Maximize the Value of Digital Assets

Best Practices for “Moving In” to a New DAM Platform 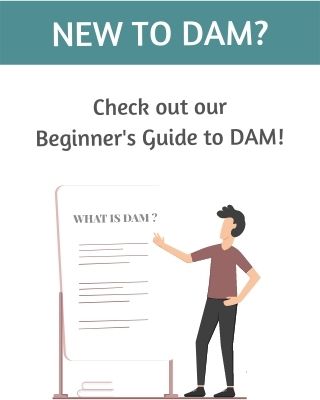 Eager to maximize the value of your digital assets?